You are here:
Cases 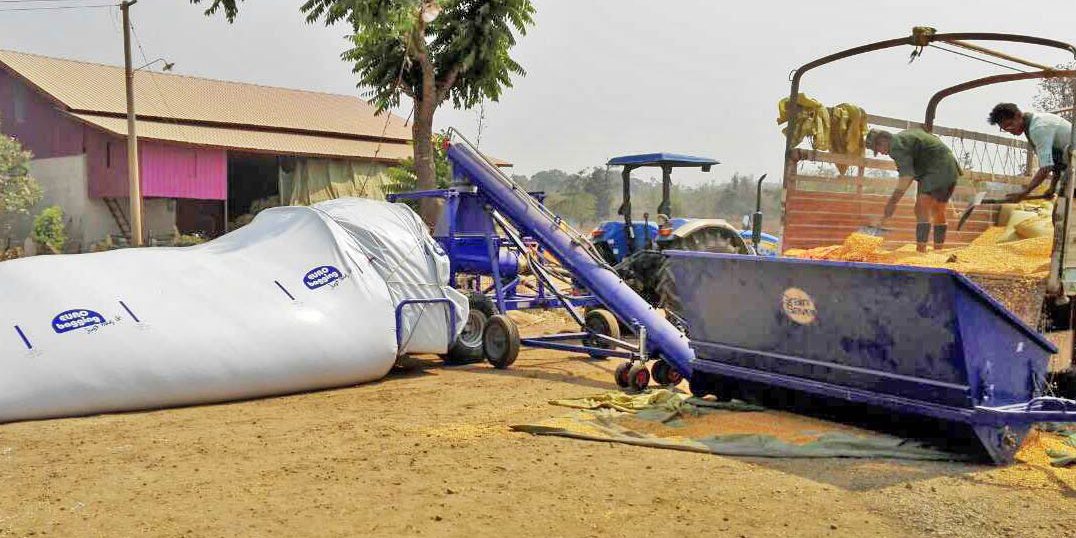 Circuit International an aid organisation from New Zeeland had heard about grain bagging.
Stuart Corlett from the organisation contacted Farm Mac in 2015.

He and his colleges wanted to increase storage time and decrease the waist of grain for farmers in Myanmar who use jutebags.

During 2016 the organisation purchased a bagger and bags from Farm Mac. The machines and bags were loaded inside a 20 foot container and sent to Myanmar.

Farm Mac send down a very skilled mechanic Kestas Palkanis from the company who set up and did the training in Myanmar.

During the preparation time Krister from Farm Mac was in contact with Phillipe Burill from Agri department, Government of Queensland in Australia. The Ag department had a lot of experience how to keep the bags in good condition in hot and humid climate and gave Farm Mac and Circuit International many good advices.

The bagger arrived in mid of 2016 ready for corn harvest. First year about 50 ton maize was stored in two bags. The corn had been dried to under 12 % moisture to be able to be kept inside the bags in the hot and humid climate.

The bags were stored during 2,5 month and when they was opened according to customer all of the grain was still in perfect shape and had gone up in value from 120 Dollar/ton to 240 Dollar / ton.

This was really a success where the waist of grain was minimised and the price of the grain was doubled with the Grain Saver system.

A testimonial from Gotland
September 20, 2020